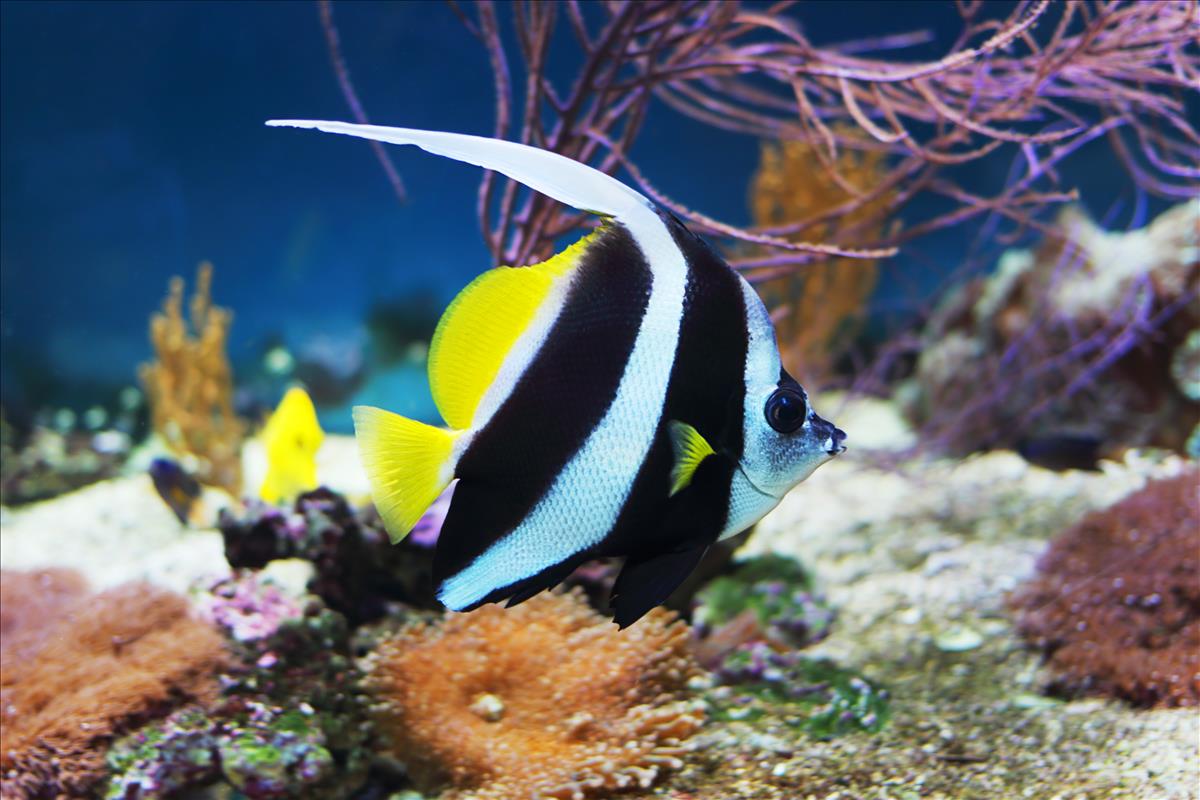 This fish has a very elongated white dorsal filament. The background colour is white with two broad black bands on the sides extending onto adjacent fins. Pectoral, soft dorsal and caudal fins are yellowish, pelvic fins are black. Black marks are located above the eyes and the top of the snout. It grows up to 25 cm.

It is widespread throughout the Indo-west and central Pacific, from East Africa and the Arabian Gulf to the Society Islands, north to southern Japan and south to Lord Howe Island (including the Great Barrier Reef).

They feed mostly on plankton and coral, but supplement their diet with benthic (bottom dwelling) invertebrates. Juveniles are solitary and have been observed picking parasites from other fishes.

Eggs float to the surface as they are laid and hatch approximately 18 – 30 hours later. Larvae go through a stage known as Tholichthys, where they are covered with bony plates and are pelagic (at the mercy of ocean currents) for periods ranging from a few weeks to several months.

The elongated dorsal fin acts to draw predators away from the body of the fish. The stripe through the eye camouflages the eye and confuses predators. They have a long snout, and bristle like teeth allowing them to reach their main food source present in crevices in coral reefs. They also swim in large schools for protection.

This species is intensively harvested for the aquarium trade within the Philippines.