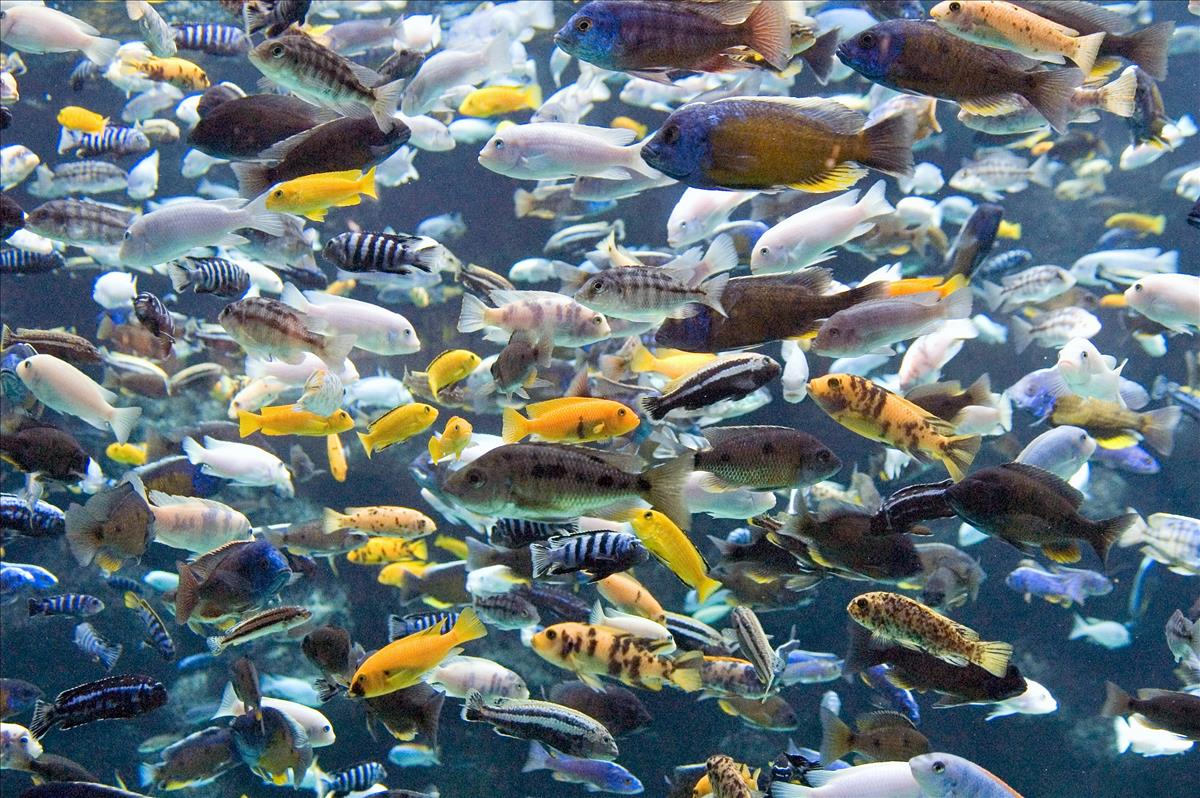 Most of the fishes are rock-dwelling species that are adapted to scraping algae off the rocks. Their African name is mbuna cichlids.

The male attracts females to his territory. Breeding takes place there. The male is brightly coloured and aggressive to other males. The male will court the female back to the nest that he has built where she will lay her eggs (up to 700) while the male pours milt (sperm) over them. The female collects and incubates the eggs and larvae in her mouth where they are well protected. The females rarely eat during the incubation and have little movement. The fry (baby fish) are usually about 9 – 11mm in length when hatched.

Lake Malawi cichlids have a remarkable degree of specialization. They do not compete for food as each species has very specific diet needs: fish eaters, algae scrapers, insectivores, predators, etc. The species are very specific in habitat choice: some live only among the rocks , others in open water ,others along sandy beaches. They have evolved behaviours and tooth structures to live this way. Each species is different and exploits its environment in its own way.

Overfishing by the local fishermen of Lake Malawi due to the high population growth rates.

Water pollution from agricultural runoff which results in the destruction of the fishes’ habitat.

Soil erosion due to deforestation.