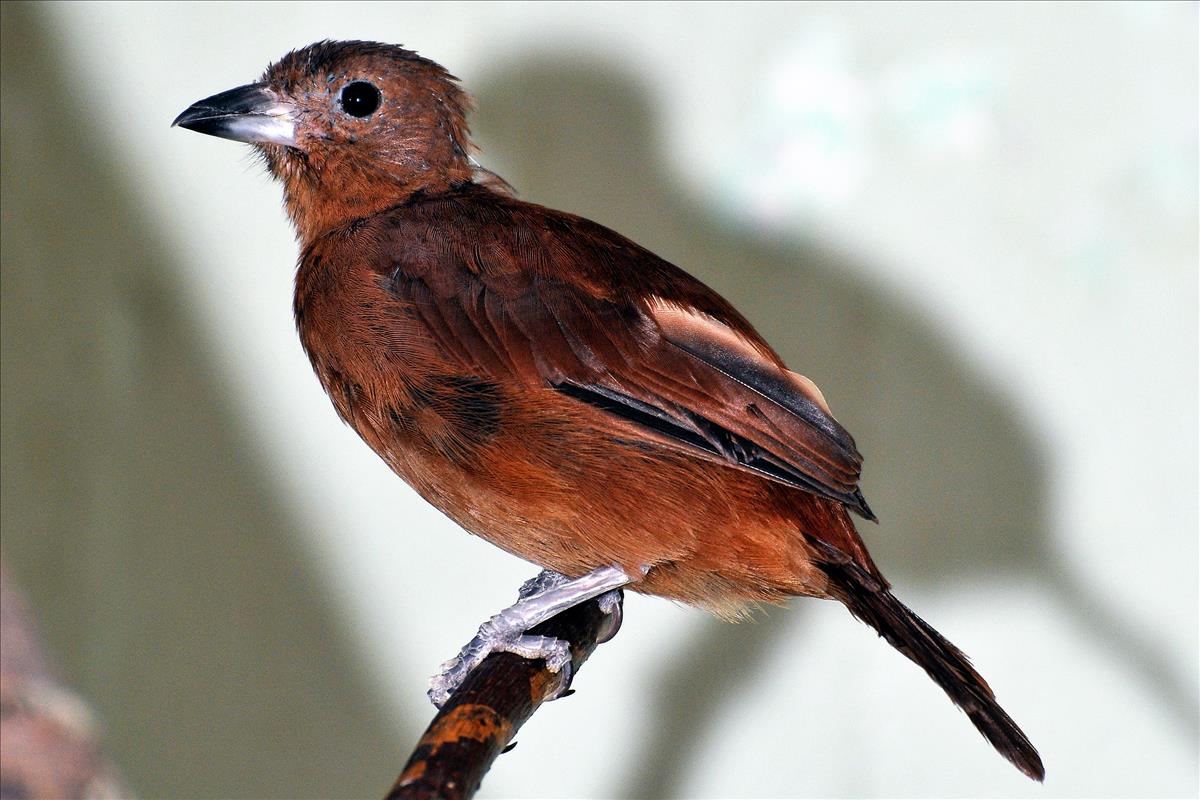 Tanagers are famous for their colourful and patterned plumage; the white-lined tanager however has rather subtle colours. The colouring of the male is a lustrous blue-black with white underwing coverts and a small white line on the shoulder. These white areas are conspicuous in flight but otherwise rarely visible. Females are cinnamon in colour. The rump and tail of the female have a more reddish-brown colour with a splash of gray on the head. They measure between 13 and 18 cm and have short, sharply pointed beaks.

Tanagers can only be found in the New World. The white-lined tanagers inhabit the northern and eastern coastal regions of South America including the Amazon in Brazil as well as Costa Rica and Trinidad. They occur in N.W. Ecuador, N. Bolivia, and N.E. Argentina and have a small presence in Peru.

They inhabit forest borders, shrub clearings and cultivated areas throughout their territory.

They are thought to be mostly frugivorous but observations have concluded that they do consume at least as many insects as they do fruit.

Before breeding time, they build a thick, deep cup nest from plant material and when available, animal hair. They breed from March to October producing two eggs ranging in colour from grayish-white to pale rufous with brown spots.

The white-lined tanager moves about in pairs and contrary to other tanagers, seldom mix with different species. They appear to be quite shy and seldom spend time on perches out in the open. They are associated with the warbler species of the “Old World”; small, active songbirds noted for their song. Also they, even though being mostly quiet, have a song that consists of deliberate repetitions of a single phrase: “cheep-chooi…cheep-chooi”.

On the whole, tanagers are fairly common throughout South America. They appear in large numbers along the watercourses of the Amazon, however, if they continue to destroy this rainforest for the gain of agricultural and/or industrial development; even they will be at risk, eventually.