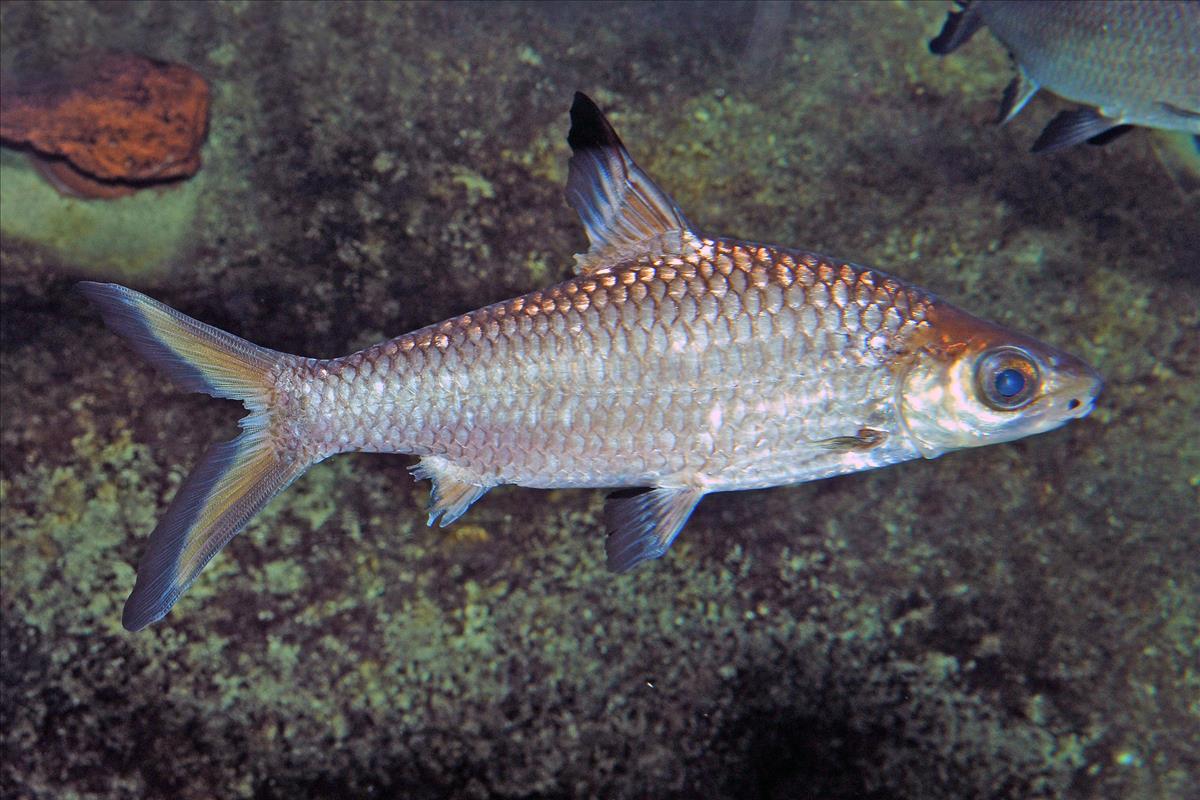 The tri-colour shark is an elongated slender fish with a slightly down facing mouth with no barbels. It has an attractive silver colour, slightly darker towards the top and lighter towards the underbelly, with a slightly golden sheen to the sides. The dorsal fin is triangular and erect (the reason for its common name), and like the other fins and tail, edged with a wide black band, with the front areas being white or golden. The pectoral fins are transparent. These fish grow up to 35 cm and can live up to six years in captivity. They are not related to sharks but are members of the carp and minnow families.

There are no discernable differences between the sexes although the females tend to be larger and more full bellied. Little is known about their breeding habits but it is known that the females are egg scatterers.

The genus name Balantiocheilus is derived from the Greek words balantio meaning pouch and cheilus meaning lip - describing their lower lip, which has a posterior groove forming a backwards-opening pocket. Larger fish in this genus make a clicking sound when they move their jaw to lengthen and widen the mouth. They use their mobile mouth to pick up gravel from the bottom to scrape off algae. Although they are referred to as sharks, this isn't because of their fearsome reputation. They are called sharks because they are very active and have a similar swimming pattern to marine sharks, as well as the torpedo-like body shape and high dorsal fin reminiscent of a shark. This sleek streamlining makes them both fast and agile.

These fish have become rare or extinct in many river basins of its native range. In Danau Sentarum, Borneo fishermen reported in 1993 and 1995 that populations had decreased dramatically after 1975 for no clear reason. They suspected overfishing for the aquarium-fish trade or forest fires in 1975 and the resulting pollution as possible causes. The species is apparently extirpated in the Batang Hari basin, Sumatra and it appears that all tri-colour sharks exported from Indonesia and Thailand by the aquarium-fish trade are captive bred.