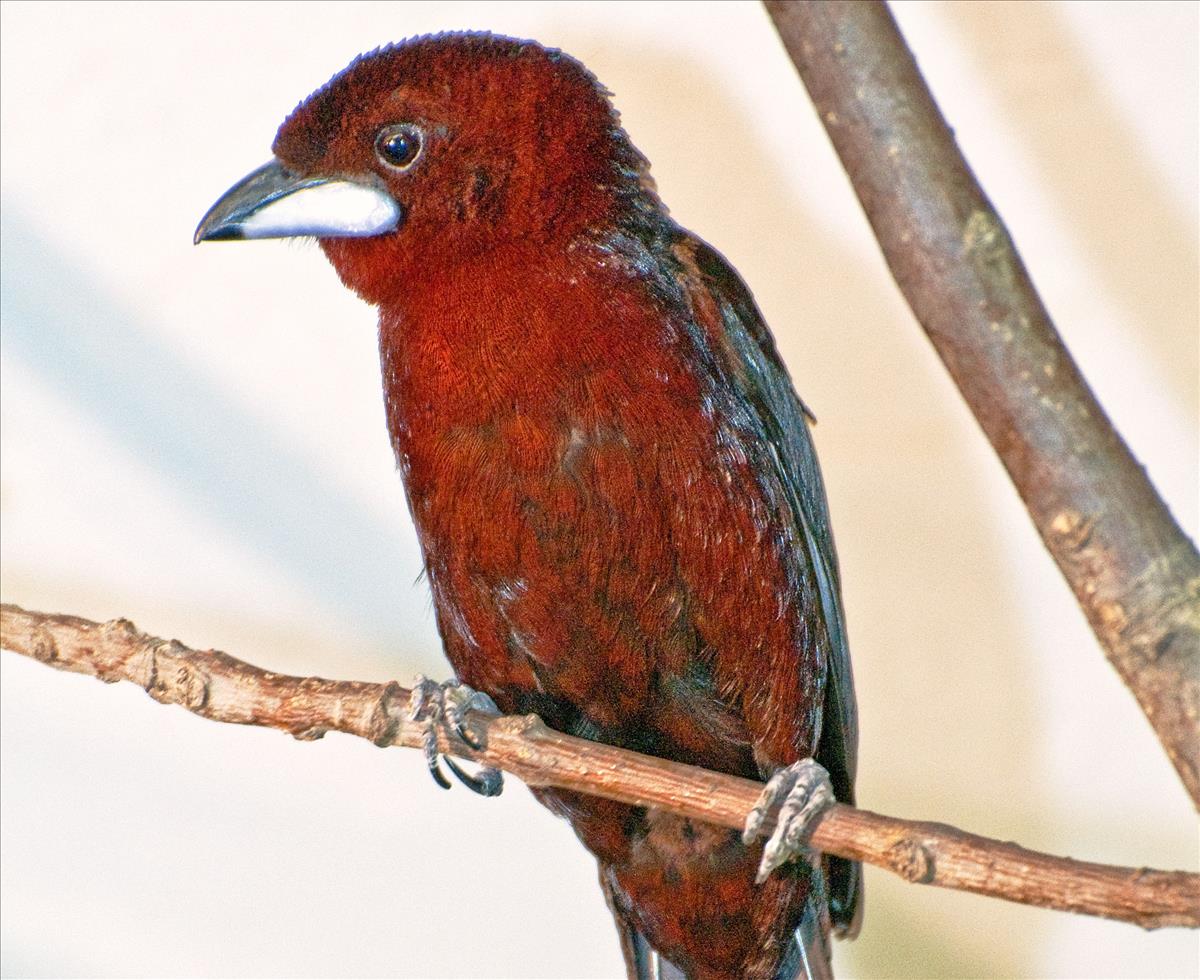 Tanagers are well known for their colourful and patterned plumage. The silver beak tanager is not especially brightly coloured, its colours are more subtle. The rump of the male has a black-maroon to crimson colouring, the wings and tail are solid black. The lower mandible of its beak is a silvery white with a black upper part. The female is less strikingly coloured having a darker crimson body with black-maroon under parts and a solid black beak. There is considerable plumage variation between the various subspecies, differing mainly in the degree of contrast between the upperparts, the throat and breast. They measure in size between 13 and 18 cm. They have short but sharply pointed beaks.

Tanagers are indigenous to the New World particularly, South America. The silver beak tanager ranges from Colombia to Bolivia and along the east coast including Brazil, Paraguay and as far south as Argentina. They also occur in Trinidad and Venezuela.

They are widespread in the more humid lowlands and most often in rainforests.

Although often being called frugivorous they do supplement their diet with a good amount of invertebrates.

All tanagers construct similar looking thick, deep cup nests from plant material and lined with, when available, animal hair. The silver beak tanagers breed between January and March producing, usually, two blue coloured eggs with darker blue spots. The fledglings depend on the parents until ready to leave the nest and may be fed by parents after they have fledged.

The silver beak tanager is often conspicuous in large flocks near water. They forage noisily amongst the lower growth along the banks but may also explore the higher canopy level. As all tanagers, they are associated with the warbler species of the “old world”; small and active songbirds noted for their song. Their call is a loud, metallic “chink” most often heard when in full flight.

Most species of tanagers are quite common at present. This could change if their habitat, in particular the Amazon rainforest continues to be destroyed at the current rate for the gain of agricultural and/or industrial development.