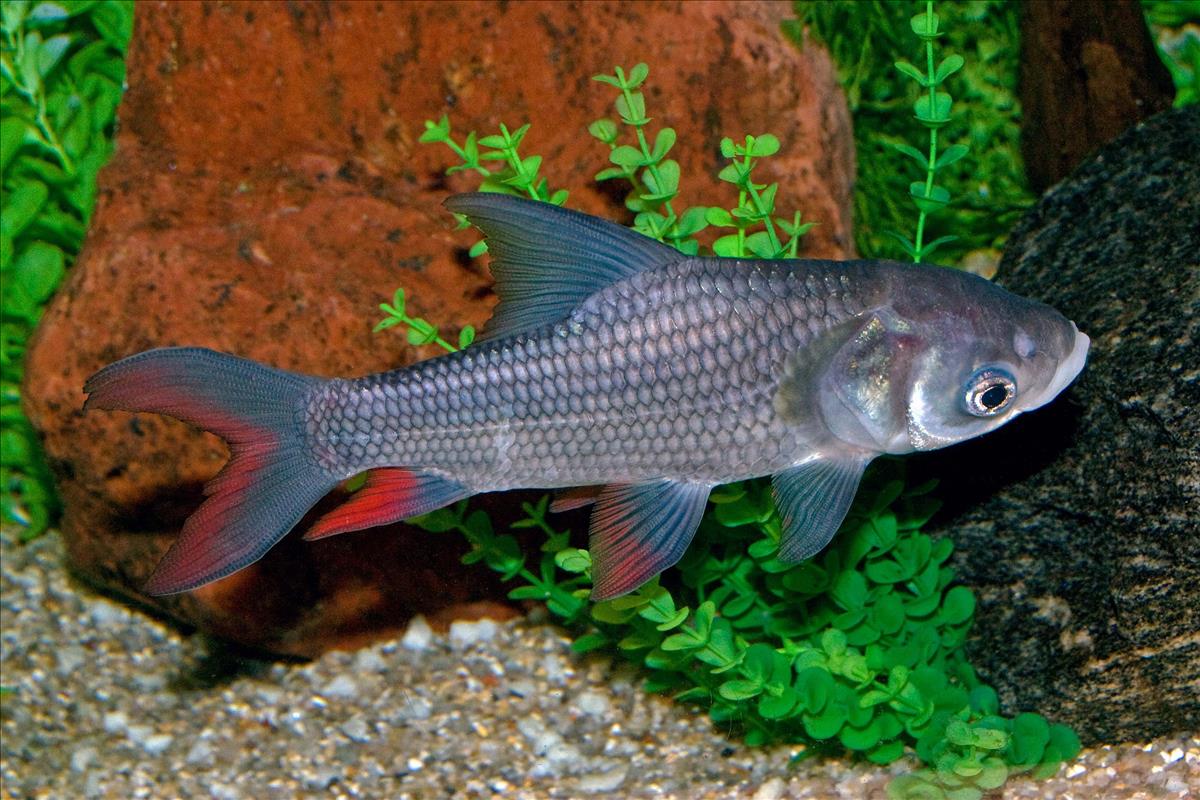 The Mekong barb is also known as the giant Siamese carp. This giant barb is the world’s largest species of carp. They have been known to reach 300 kilograms. However, 100 kilogram specimens have become exceptionally rare in recent years. They can reach a length of up to three metres. They are covered in very large dark silver grey to black scales with lighter grey, dark blue or dark green edges. They have dark to black fins and tails. The head and mouth are very large. The large mouth has pink lips and the cheeks are light to cream coloured.

The Mekong River system from Cambodia to the Mekong Delta.

They normally live in deep pools along the edges of large rivers. They favour deep, weedy slow-moving water, but they can also be found in canals or river floodplains. Juveniles inhabit floodplains, swamps and smaller tributaries.

Overall vegetarian, but are opportunistic feeders. They eat tiny plants, such as phytoplankton, as well as algae, seaweed, and the fruits of submerged terrestrial plants (during periods of high water). They move around the river bed sucking up a variety of food items.

They are a non-guarding species, as opposed to either live bearers (such as guppies) or nest/egg guarders (such as sticklebacks). This method of reproduction results in heavy predation of the eggs and newly hatched larvae. The female and male broadcast their eggs and sperm (or milt) into the water, where fertilization occurs. The young fish, or larvae, hatch after a few days, and are totally independent. They reach sexual maturity at seven years of age. A low percentage of juveniles reach maturity.

The Mekong barb is a tetraploid species. This means that unlike most other animals, they have four of each chromosome. Most animals are diploid and have two of each chromosome. While the large size of the adults is a form of protection against most predators, it works to their great disadvantage where humans are concerned. Bigger fish are in high demand for food, and they are more easily caught.

Over-fishing, river traffic, dams, habitat loss, and pollution. These fish have been reported as being heavily depleted, with few living to reach maturity. They are a favourite food source in Asia. According to the Mekong River Commission, the Mekong barb is not on the IUCN Red List.