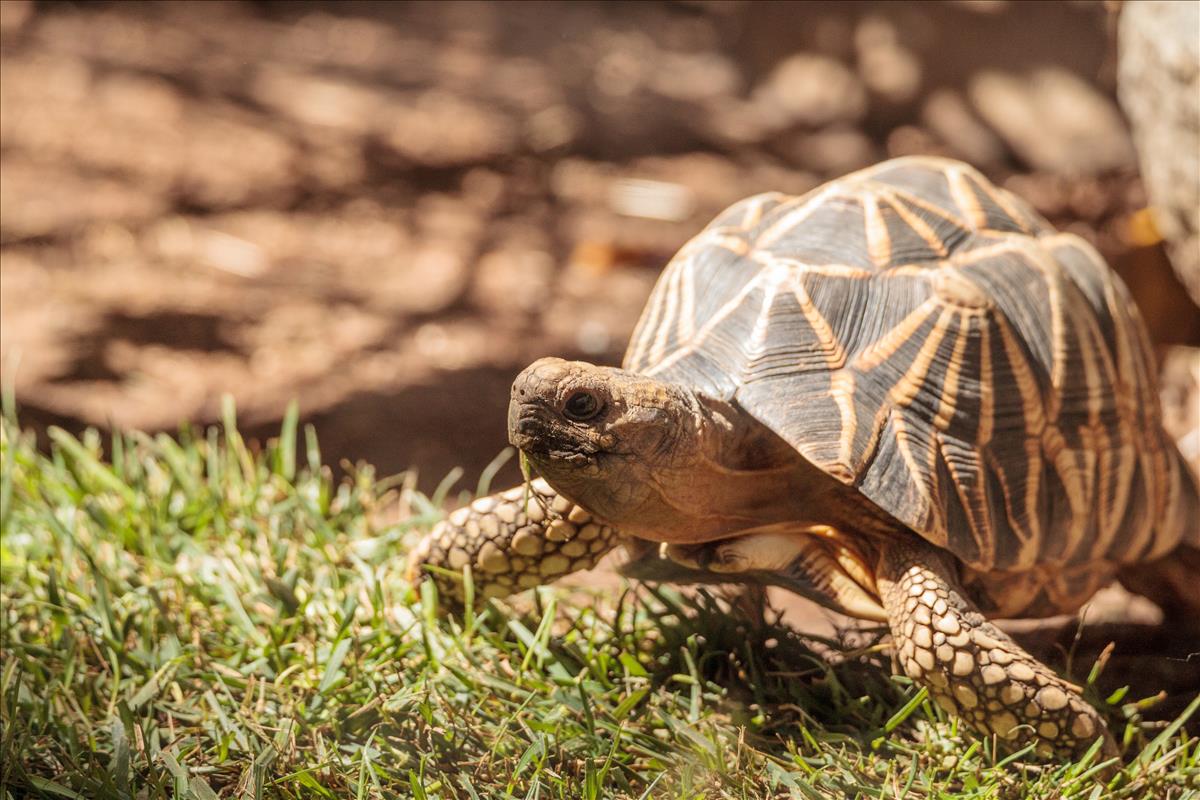 The rare Burmese star tortoise is one of the most beautiful tortoises. The oval shaped carapace (upper shell) measuring 26 cm is characterized by a highly distinctive star or radiating pattern. The dark brown to black, domed carapace is marked with up to six radiating yellow stripes emerging from small, yellow central areas (areolae), creating a star pattern that gives this tortoise its unique appearance. The underside or plastron is yellow with each scute having a dark brown or black blotch. The head is of moderate size with a non-projecting snout and a three pointed upper jaw. The skin of the head, limbs and tail are yellow to tan. The forelimbs have large pointed to rounded scales and a large, horny scale also appears at the end of the tail. Males are distinguished from the females by a much thicker and longer tail.

Restricted to Myanmar (ex Burma) from the north, to Moulmein, in the south.

Found in forest openings and forest edges in the dry zones of Myanmar.

The species feeds on a range of vegetation, primarily grass but also mushrooms, fruit, some insects and larvae.

The Burmese star tortoise is among the least studied of all living tortoises. Very little is known of its behaviour in the wild. In captivity, nesting usually occurs at the end of February. The eggs are quite large but few in numbers.

The markings on its carapace provide excellent camouflage.

Although subsistence gathering of these tortoises has been going on for many generations, more recently they have undergone a dramatic decline because of mass harvesting for the food market (for its perceived medical value), and the illegal pet trade. Because of its beauty, rarity, and distinctive markings on its carapace, large sums are being paid by collectors in Europe and North America.

Some attempt is being made to preserve the species in 2 protected areas but poaching is rampant even though they are fully protected by law. Also deforestation is a major hindrance in preserving this species.