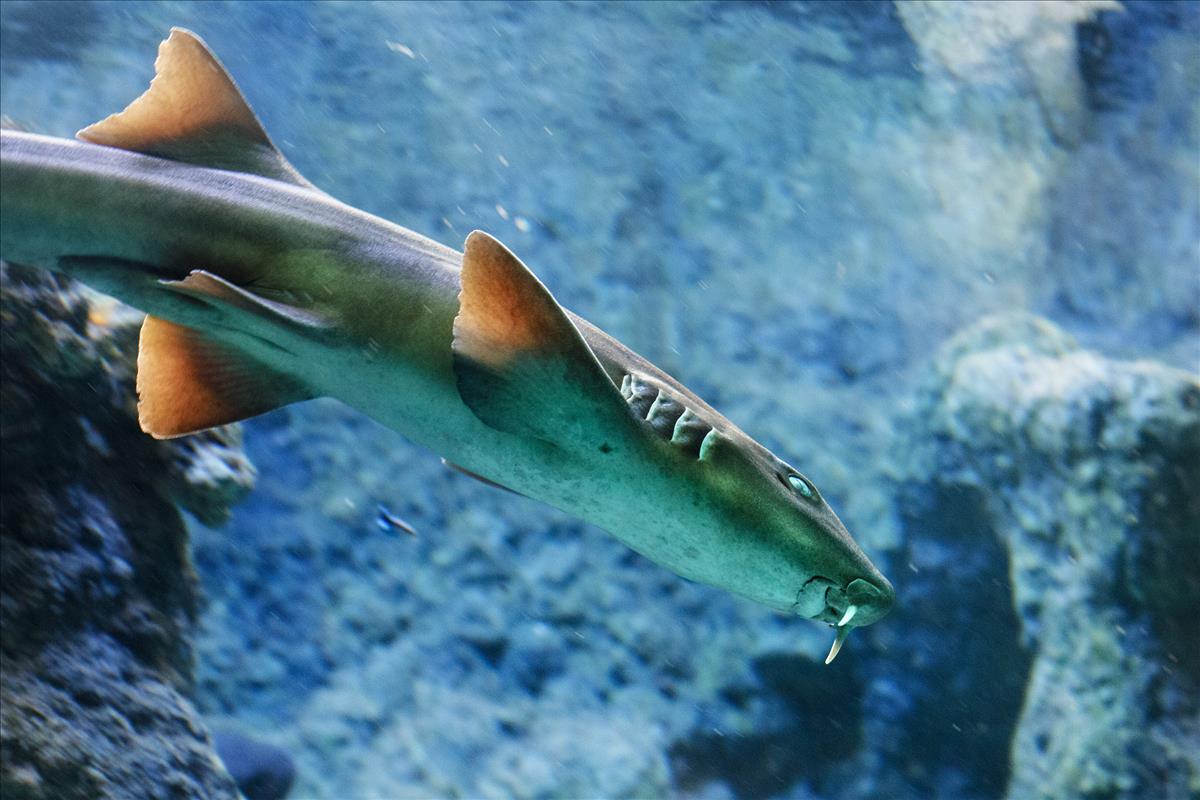 Adults up to 120 cm in length. They have a moderately slender body and a greatly elongated, thick precaudal tail. The mouth is in front of the eyes with spiracles below and behind the eyes. The snout is rounded anteriorly and barbels (sensory organs) hang from each nostril. Both dorsal fins are of equal size. The origin of the first dorsal fin is above the anterior halves of the pelvic fin bases. The origin of the anal fin is behind the free rear end of the second dorsal fin. The young are covered with wavy dark transverse bands and are sometimes peppered with brown spots. As the young mature, they lose their patterns and become a uniform brownish-grey colour, lighter on the underside and around the gill slits.

Invertebrates and crustaceans, such as crabs and shrimp, mollusks, such as octopus, and small fishes.

The family of sharks share many common characteristics such as having cartilage instead of bone, gill slits that have no protective flaps (unlike many other fish), as well as no swim bladder. Instead of a swim bladder, they have a larger (fatty) liver to help achieve neutral buoyancy. The brownbanded bamboo shark is nocturnal. They can survive up to 12 hours out of water enabling them to survive if a tidepool dries up. Their sensory barbels look like whiskers, giving them the common name of “Cat shark”.

Overfishing for human consumption of their meat and fins. In addition, destructive fishing methods on coral reefs have contributed to habitat loss.