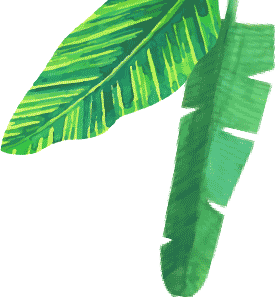 PRESENTS
Year of the Tiger
In the Chinese Zodiac, 2022 marks the Year of the Tiger. Your Toronto Zoo is committed to our mission of connecting people, animals and conservation science to fight extinction. Conservation organizations like your Toronto Zoo play a vital role in helping to protect the world's remaining tiger populations – all of which are considered endangered – both in their wild habitats and in human care.
Important Dates                    TZ For Tigers Campaign! 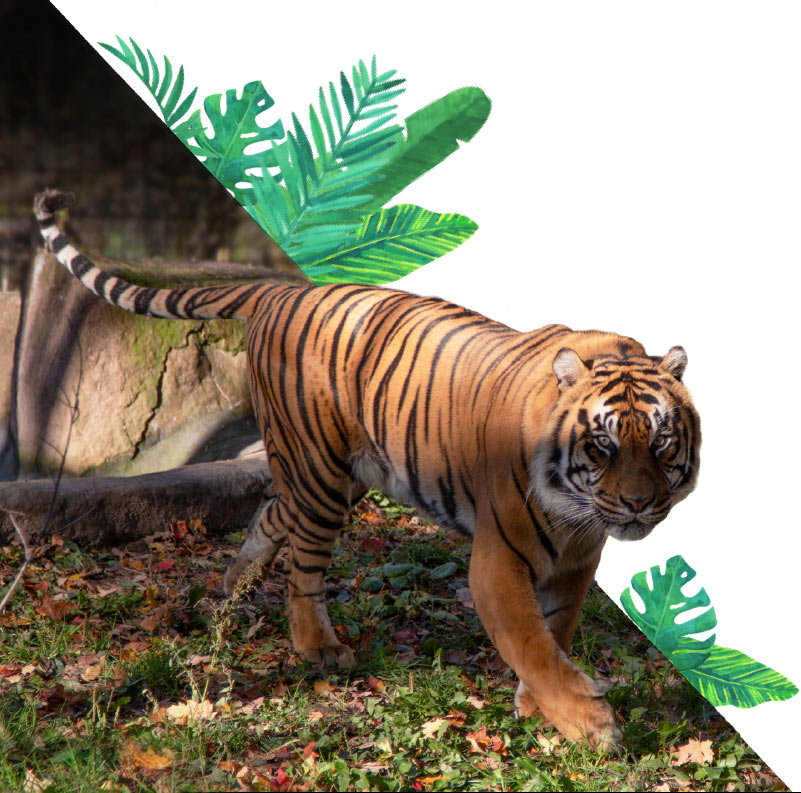 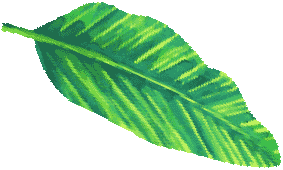 In 2021, your Toronto Zoo donated $5,000 to the SSP’s Tiger Conservation Campaign, after partnering with Giant Tiger, with all funds supporting in-situ tiger conservation efforts both in Russia, home of the Amur tiger, and Indonesia, home of the Sumatran tiger. These efforts helped improve and expand local anti-poaching patrolling in protected areas within Amur tiger habitats, protect Sumatran tigers from wildlife trade and trafficking, and reduce local human-tiger conflicts, including the construction of tiger-proof livestock enclosures for local villagers.

In Sumatra, the Toronto Zoo also supports the Sumatran Ranger Project. The Zoo donated $3000 to build two livestock corrals to protect local livestock from tiger predation. Retaliation killing is one of the main threats to Sumatran tigers; these livestock corrals help protect sheep and cattle from being predated by tigers, thus decreasing the retaliation against tigers.

This year, the Year of the Tiger, your Toronto Zoo is even more committed to supporting tiger conservation, and funds raised through our TZ For Tigers Campaign will do just that. We will also be hosting events and sharing information to inspire an appreciation of these majestic animals, and encourage action in all of us to make big impacts on how we continue to save and protect tigers for generations to come – we are all the seeds of change! 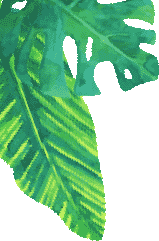 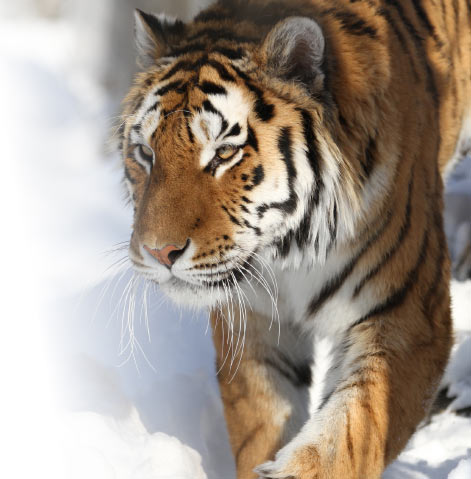 Meet Our Tigers!
Your Toronto Zoo is home to two subspecies of tigers - the Amur tiger and the Sumatran tiger. Read about them below! 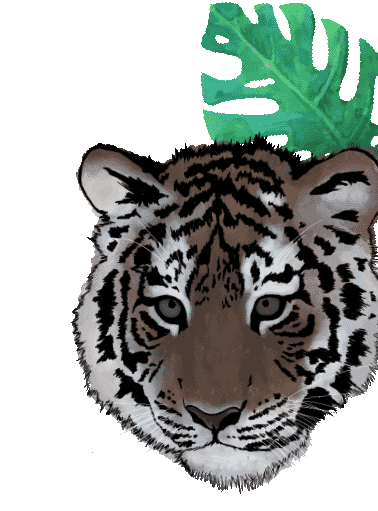 Amur tigers are only found in the Russian far East and Northern China. Supremely adapted to life in a cold climate, they inhabit mixed forests at high altitudes, up to 1200m above sea level in the summer months (they usually descend to lower elevations in the winter). Amur tigers are the largest tiger subspecies (the heaviest individual on record was 384 kg!) and their main prey includes deer, elk and wild boar– but they have also been known to hunt bears.

The Amur tiger is classified as Endangered on the International Union for the Conservation of Nature (IUCN) Red List. The most recent survey estimated that approximately 500 Amur tigers remain in the wild. Their main threats include illegal hunting pressure (poaching) and habitat loss. The demand for tiger pelts and body parts on the black market has put the Amur tiger in serious danger of extinction. 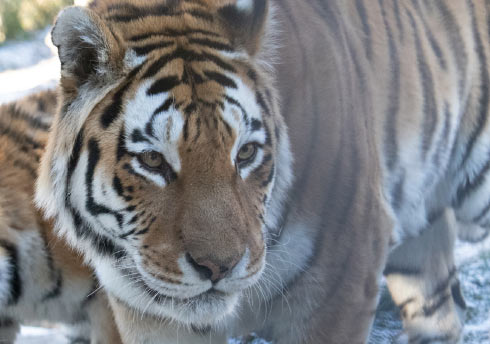 Mazyria, or “Mazy,” was born at the Zoo de Granby in Quebec in 2007, and produced a litter of cubs there in 2013. She came to the Toronto Zoo in 2019 to be a breeding partner for our male tiger, Vasili, which resulted in the bird of Mila in 2021. Mazy is a very attentive and affectionate mother. She is frequently observed enticing Mila to chase her around the exhibit. Mazy is generally aloof towards humans and it often takes significant time for new keepers to gain Mazy’s trust. 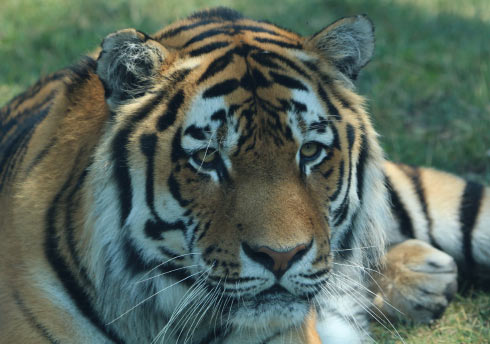 Vasili was born at the Calgary Zoo in 2012 and lived at the Assiniboine Park Zoo in Winnipeg before arriving at the Toronto Zoo in 2018. Keepers describe Vasili as having a “goofy” personality. He is large, energetic and very excitable. He can often be heard roaring in his habitat, presumably communicating with the  other tigers at the Zoo or with his keepers. Vasili also enjoys water and can often be found lounging in his pool on hot summer afternoons. 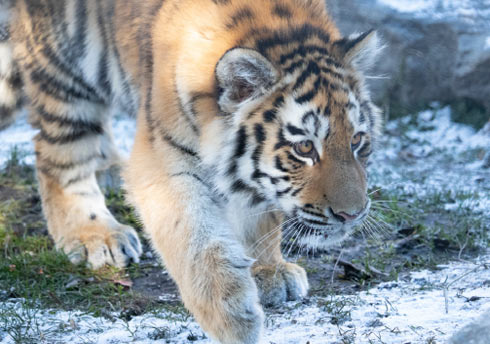 Mila is the newest member of the Zoo’s Amur tiger population; she was born here on May 1, 2021. Growing up as a singleton cub, Mila spends much of her time exploring, interacting with her mother, Mazyria, or checking out the guests around her habitat. She is also very playful, often destroying paper bags, boxes and other enrichment items. Mila also plays with her food and may be seen parading around her habitat with a rabbit or bone in her mouth. Mila is also a bit of troublemaker – she frequently attempts to steal food from her mother... and sometimes she succeeds! 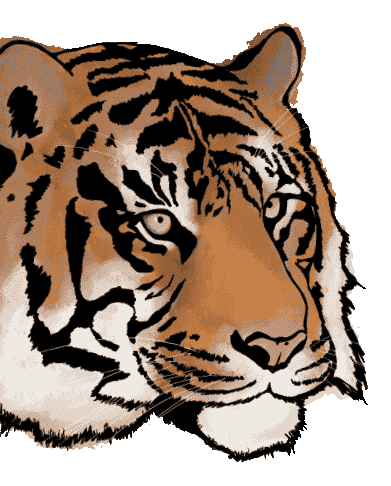 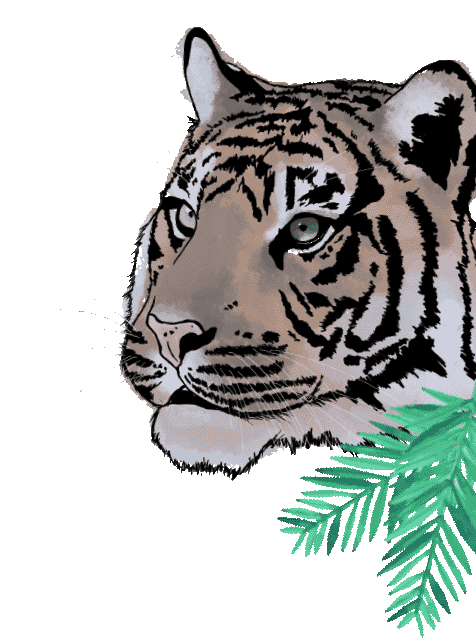 In contrast to the Amur tiger, Sumatran tigers are the smallest tiger subspecies: they weigh about half of what a comparable Amur tiger weighs! . Sumatran tigers are only found on the island of Sumatra, but they occupy a wide range of forested habitats, including peat-moss forest, mountain forests, and low-land forests. Although poaching is a significant threat to their survival, island tigers also have limited habitat, which makes them more susceptible to habitat loss (from logging and human expansion) and puts them in greater conflict with humans. Tigers became extinct on the island of Bali in 1937 and on the island of Java in 1980, and the Sumatran tiger is listed as Critically Endangered on the IUCN Red List. Fewer than 500 Sumatran tigers survive in the wild. 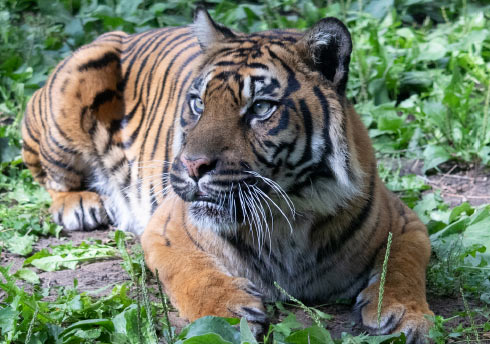 Kemala was born at the Los Angeles Zoo in 2007, and came to the Toronto Zoo in 2012. Kemala is a very smart, assertive, and intense tiger. She likes to set the tone of her training sessions and will tell keepers when, where, and with whom a training session will take place (new keepers have to invest time to get her acceptance). She seems to enjoy the challenge of learning advanced behaviours, and will sometimes even refuse a tasty treat after partaking in complex behaviour like injection. Kemala’s favourite enrichment items have novel smells. She loves perfume, items that have been in the rhino house, and one of her favourite scents is fresh Christmas trees! 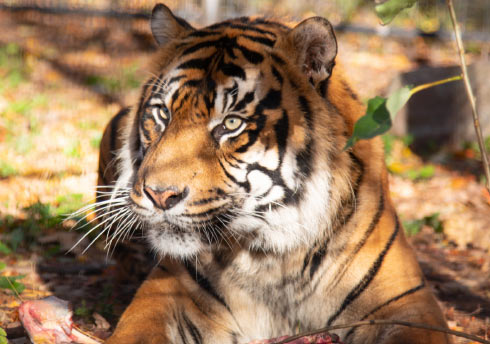 Hari was born at the San Diego Zoo Safari Park in 2008 and came to the Toronto Zoo in 2011. Hari has a relaxed personality and aims to please during his training sessions with keepers. He is very food motivated— keepers often joke that Hari will let them do anything to him for a piece of meat. Although he is pretty easy going, he tends to be quite vocal about his dislikes (keepers often refer to these vocalizations as his “whine”). He often whines when new training behaviours are being introduced and he hasn’t quite figured it out yet… but also when food is not being given fast enough, when weather conditions are unfavourable and he is given the option to go outside, and when Kemala is playing with his toys. Hari is big fan of enrichment and is very particular about the placement of favourite enrichment items (balls and barrels).

Celebrate Tigers with us!

Click below to see the list of tiger-themed events we have planned for the year, with more to come! Check back for updates and be sure to follow our social media channels for more tiger content. 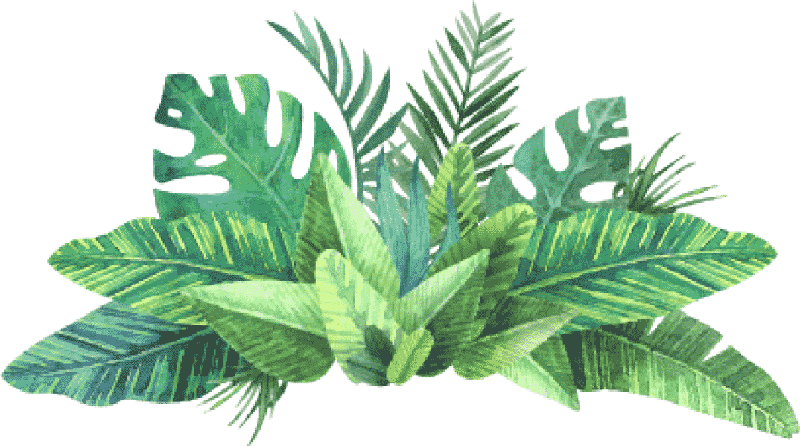