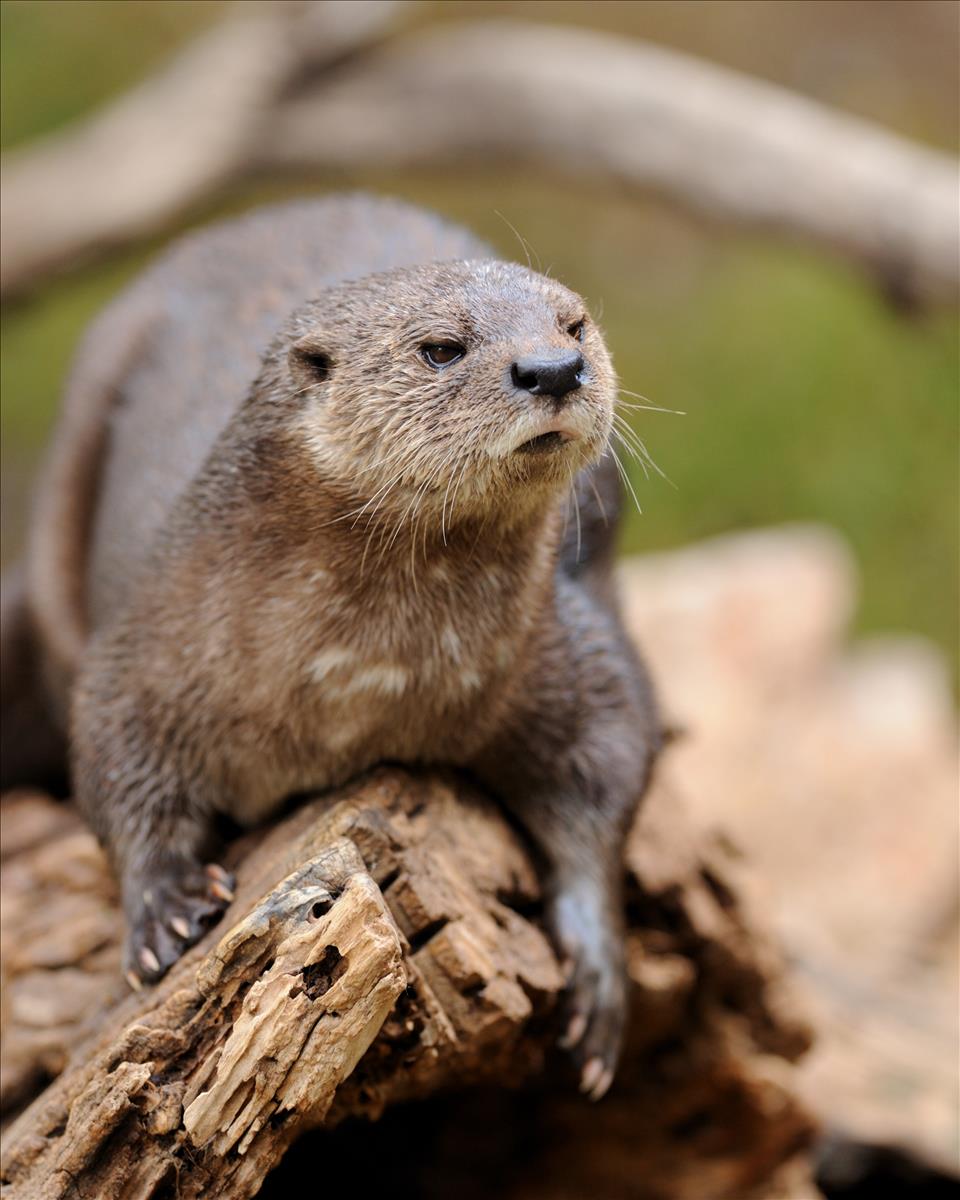 The spotted-necked otter has a long, slim body with a long, tapering tail. Their colour ranges from reddish to chocolate brown with distinctive white spotting on the throat and upper chest. Its chin and upper lip are also white. Possibly because of the highly variable colour and markings of this otter, plus variations in tooth size, the spotted-necked otter has sometimes been referred to as Hydrictis maculicollis. It is now felt that these differences are merely regional variations and that the original name, Lutra maculicollis, given by Lichtenstein (1835), is the correct one. As an example of these variances, the spotted-necked otters of South Africa generally do not have as much white on the neck as those from further north in Africa.

All spotted-necked otters however do have fully webbed forefeet with well-developed claws on all four feet. Sexual dimorphism is prevalent; females are shorter, lighter and less muscular than males. An average weight is three to six kg and length is 85 - 105 cm.

This species of otter is widely distributed in Central Africa and eastern South Africa. They are abundant in Lake Victoria and Lake Tanganyika as well as the moister areas of sub-Saharan Africa.

Spotted-necked otters are almost exclusively aquatic and seldom venture more than ten metres from water. Because they hunt mainly by sight, these otters need clear, shallow water where fish are abundant. They require permanent and continuous fresh water that is unsilted and unpolluted. Long grasses, reeds, and bushes along the shoreline, as well as rock cavities, bank dens, and holes in root systems offer necessary shelter and are essential in providing cover during periods of inactivity.

Fish dominate the otters’ diet and other prey is only important when fish are not abundant. Frogs, crabs, mollusks, aquatic insects, and larvae are some other items included in their diets. This otter is mostly diurnal, preferring to feed either two to three hours before dusk or after dawn.

The spotted-necked otter is believed to breed seasonally with a litter of between one and five cubs born after a gestation period of two months. They are born blind with the distinctive white spotting already established. They are weaned at 12 - 16 weeks, begin to swim at eight weeks and remain with their mother for about a year. The cubs are fully mature at two years of age.

This otters’ sharp teeth are specialized for catching and eating fish, unlike the crustacean-crushing molars of some otters. Its’ streamlined skull and body make the spotted-necked otter an excellent swimmer and diver, while travel on land appears awkward. The long tapering tail is flattened underneath to assist in swimming and the five webbed digits on the feet are equipped with creamy white sharp claws. As required for hunting fish, its’ hearing is excellent and vision is acute at short distances.

Although protected in most countries, spotted-necked otters still may be killed for their skins, as pests when they disturb fishing nets, or because they are regarded as competitors for fish. In some lakes, the introduction of alien fish species that out compete the small fish, which are the otters’ food, was identified as a threat. This otter is decreasing throughout its’ range mainly as a result of loss of habitat because of increased agricultural activity and degradation of freshwater areas.