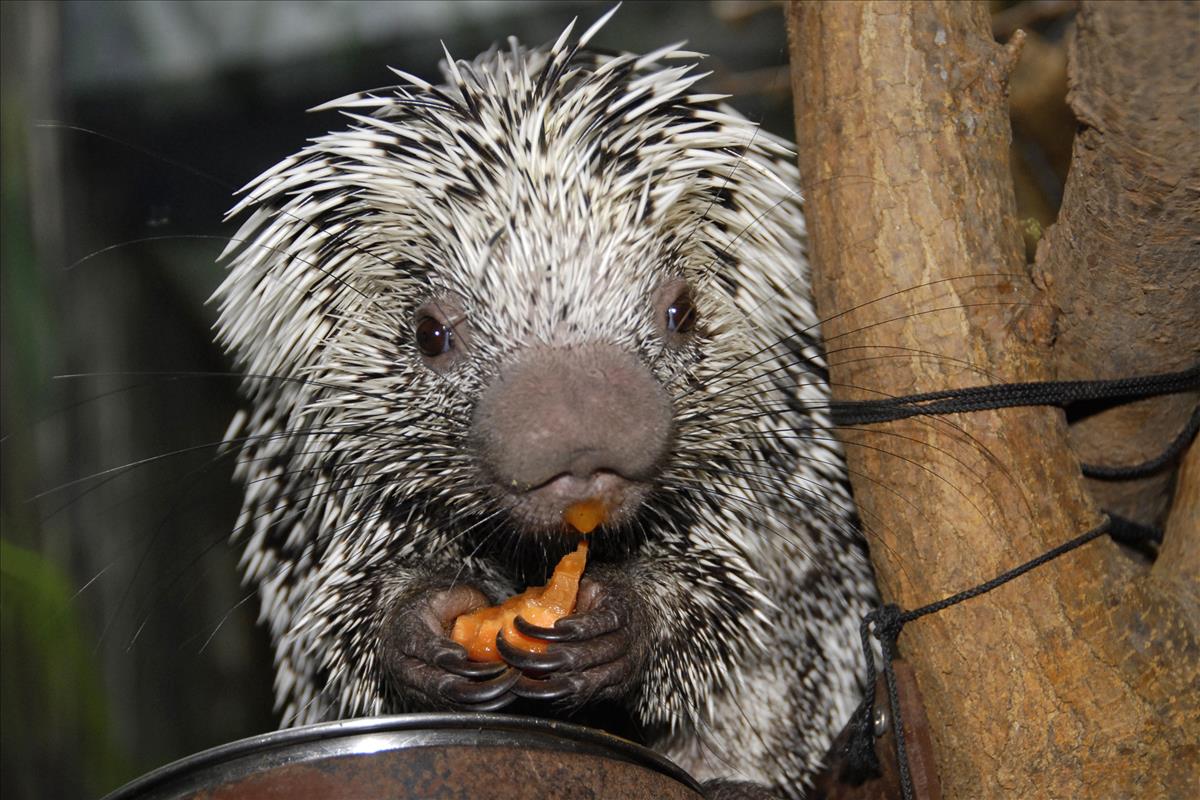 The prehensile-tailed porcupine is covered in short, thick spines which are whitish or yellowish in color. These spines are intermixed with soft, darker hair. The underside is greyish. The lips and nose are fleshy. This porcupine can grow to 85 cm long, but half of that length consists of a spineless, prehensile (adapted to grasping or holding) tail. It can weigh up to 4.5 kg. The front and hind feet are well adapted for grasping branches. Each foot has four long-clawed toes.

This species is found in the tropical forests from Brazil to Argentina, as well as eastern areas of Bolivia and on the island of Trinidad.

These porcupines are almost entirely arboreal (tree-dwelling) and nocturnal. They rest in the hollows of trees and shaded areas of the canopy during the day and forage at night.

There is no breeding season. Gestation lasts about 200 days. As a rule the female gives birth to a single young. A newborn porcupine is covered with red hair and small spines which harden shortly after birth. The baby will weigh about 400 grams at birth, and it can climb almost immediately. Weaning occurs after 10 weeks, and adult size is reached in less than a year. Sexual maturity (for females) is reached in 19 months. Females will mate again soon after giving birth.

When excited or threatened, this porcupine will stamp its hind feet in an attempt to frighten their potential attackers. The body covering of short, thick spines is its most effective defence. If cornered, it will roll itself up, becoming a spine covered ball. If all these tactics fail, this normally shy and passive animal is capable using claws and teeth to defend itself.

The main threat to these animals is the destruction of their rainforest habitats. As well, they are a food source for humans.