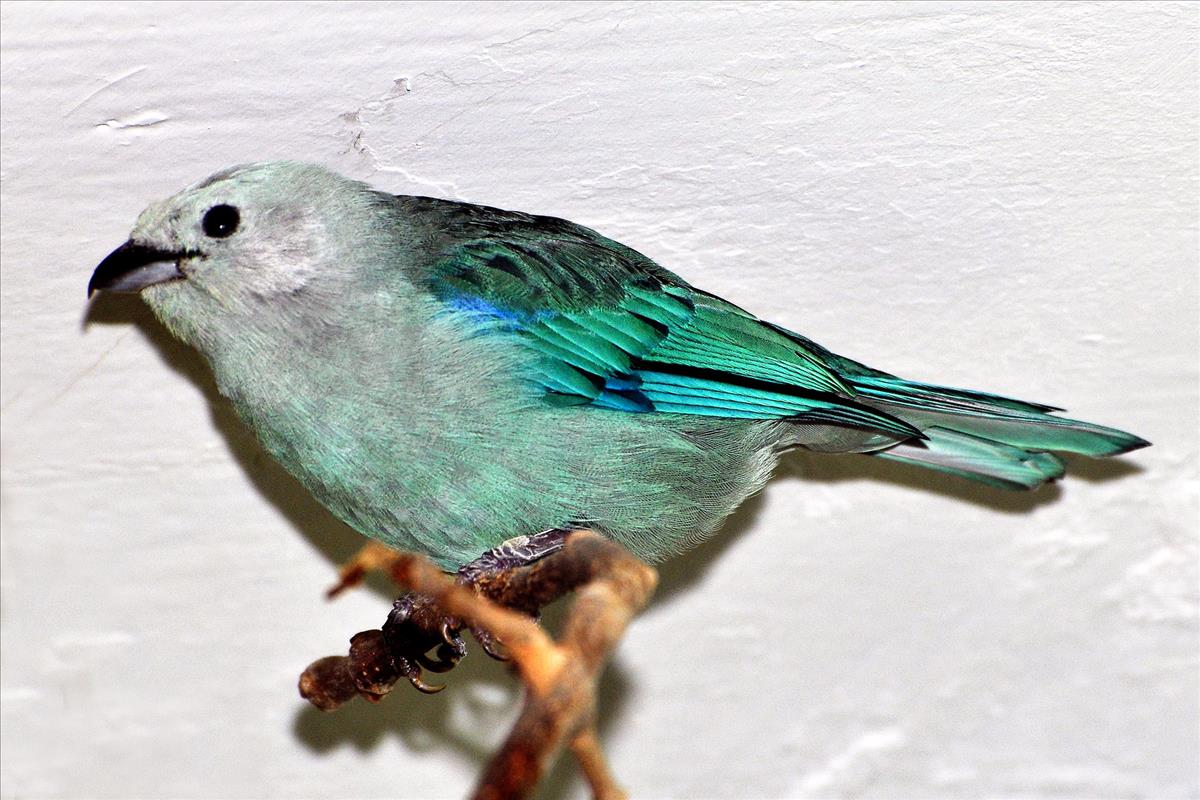 Tanagers are famous for their colourful and patterned plumage; the blue-grey tanager is certainly no exception. They measure between 13-18 cm and have short, but sharply pointed beaks. The head, neck and underparts are a pale grey-blue contrasting with a darker blue upper back. The wings and tail are edged in a bright blue; shoulders are light blue to bright cobalt.

Tanagers can only be found in the New World i.e. the Americas. The blue-grey tanager inhabits the northern and eastern coastal regions of South America including the Amazon in Brazil as well having a small presence in Peru and into Bolivia. It occurs from Trinidad into Central America and up to Central Mexico.

They inhabit forest borders, shrub clearings and also cultivated areas throughout their territory.

They are thought to be mostly frugivorous but observations have concluded that they do consume at least as many invertebrates as they do fruit.

Before breeding time, they build a thick, deep cup nest from plant material and animal hair, when available. They breed from April to May producing two or three bluish-white eggs heavily streaked or spotted with a darker blue. The fledglings depend on the parents until they leave the nest.

The blue-gray tanager, a nervously active almost ebullient bird is one of South America’s more familiar species. As with other tanagers, they are closely associated with the “Old World” warblers, noted for being extremely active small songbirds with a distinctive song. The blue-gray tanagers are quite widespread in a variety of habitats from humid to dry, mostly forests but also in cultivated, settled areas. They are sociable and live in pairs or small groups. Their call is a dry, somewhat strained “tsuup” followed by a few twittering notes.

As the other tanagers, they are quite common throughout South America. They appear in large numbers in their various territories but even they may eventually be at risk when the destruction of their habitats for agricultural or industrial development continues.