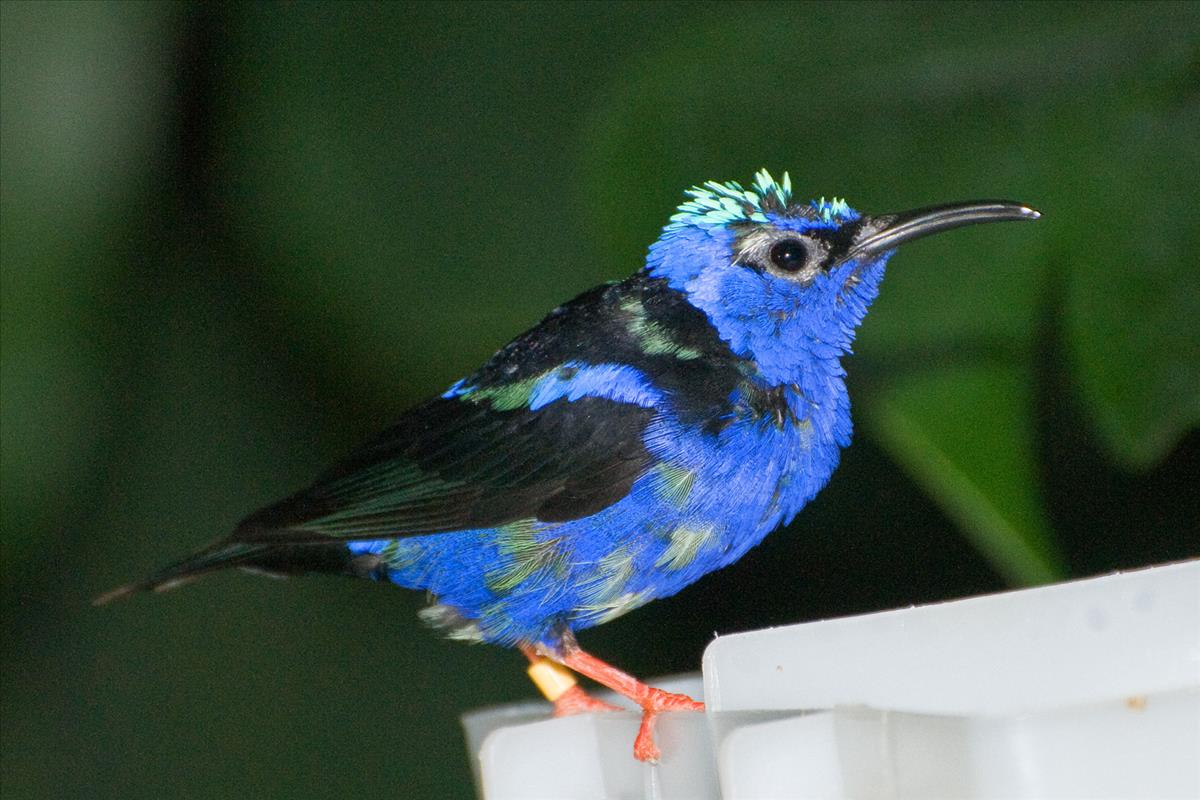 The blue dacnis measures 13 cm. It has a straight conical bill, which is short and pointed. The plumage of the rump is a shade of blue ranging from rich cobalt to turquoise. The space between the bill and eyes (the lores), throat, mantle, wings and the tail are black. The wings are edged with the same blue as the rump. The female, however, has a green overtone, darker on top turning paler on the under side with a bluish gray head and gray throat. Both have reddish brown eyes and flesh coloured legs. They are closely related to tanagers.

They appear to be quite widespread from the south to the northwest of Peru as well as in Bolivia, south Colombia and Venezuela, the coastal area of Brazil and the Amazonas, south to Paraguay and northeast Argentina. They have a small presence in Honduras and Panama.

Generally, their range of habitat is below 1000 m in forested lowlands. However, in the Colombian Andes, they can be found as high as 2300 m.

They are mainly frugivorous, consuming a variety of fruits but supplementing their diet with insects.

They breed between February and August, depending on the location. They build a deep, cup shaped nest from fine fibers and plant material, six to eight metres from the ground, usually in the fork of a branch. The female lays two whitish coloured eggs with darker markings. The fledglings depend on the parents until leaving the nest.

The blue dacnis prefers forest borders, second growth woodland or clearings with scattered fruiting trees and shrubs. In the interior of Brazil, they can be found in deciduous and/or gallery woodland.

They are quite common in various areas and are not under any particular threat. This can, of course, change when their habitat is destroyed for the development of agricultural, lumber or mining operations. The Amazonas are particularly vulnerable to this type of destruction.